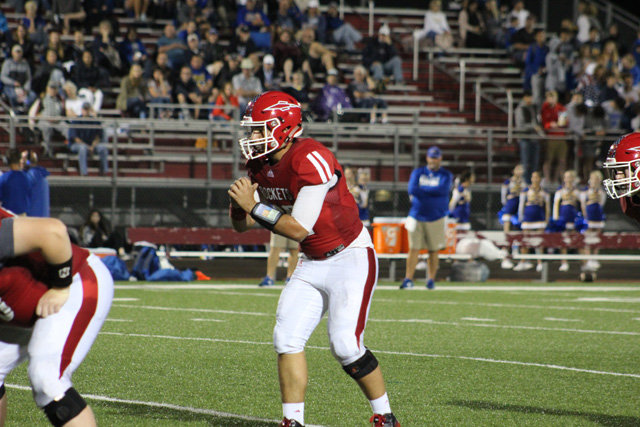 Tyce Carlson awaits the snap in the Rockets 36-3 loss to Collegiate. Carlson threw for 173 yards in the game.

The Spartans got an early lead with three touchdowns in the first half. In the second quarter Trystan Spiess kicked a 30-yard field goal for the Rockets.

Collegiate had a total rushing of 239 yards, while the Rockets only had 100 yards.

“Like (Coach) Weber said, the Rockets can’t beat the Rockets,” Tyce Carlson said. “And they were definitely a beatable team. We really beat ourselves as a team; we just killed ourselves”

The Rockets go Andale this Friday, looking for their first win of the season.