Caitlyn Ren Stuart: An inspiration to all 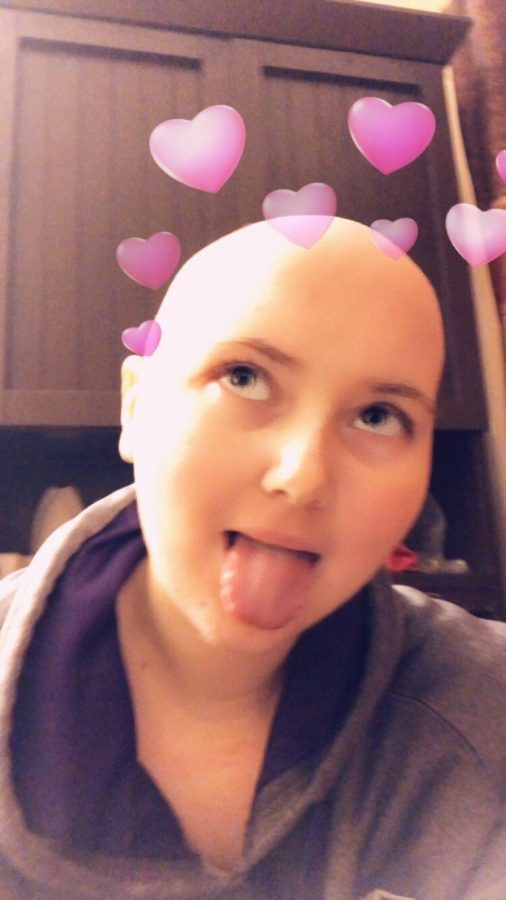 Caitlyn Ren Stuart, a Rose Hill High School senior, passed away last Sunday morning after a long battle with ovarian cancer. Her passion for life, as well has her loyalty to her friends are just two things that people will miss the most.

Caitlyn Ren Stuart, who was a senior at Rose Hill High School, passed away on the morning of Sunday, August 18 after a lengthy battle with a rare form ovarian cancer.

Senior Sarah Foster, who was close friends with Caitlyn, said no matter what was going on they always had each other for anything.

Longtime teacher Sidney Shelman said Caitlyn’s bravery impacted everyone that she came in contact with.

“Her bravery, her resilience, and I think she has a piece of everyone’s heart,” said Shelman.

Principal Shannon Haydock agreed with Shelman about how much impact Caitlyn had on not just the students, but the teachers and staff, too.

“Caitlyn’s fight and desire to be at school, with all that she was going through, was an inspiration to students and staff alike,” Haydock said. “She will be missed by so many, and the legacy of her fortitude will live on forever.”

Confidence was something that Caitlyn often portrayed, while often times being fatigued or sick from treatment.

“Ren was an amazing person who I was lucky enough to call my friend,” senior, Jenna Fisher said. “She would always speak her mind and had so much confidence in what she believed in.”

Carson Guinn, who had attended school with Caitlyn for many years, thinks Caitlyn’s attitude while being sick should be something every person tries to model.

“Caitlyn is one of the toughest people I know, and nobody should go through what she did,” Guinn said. “She was the definition of someone that enjoyed life. We should all follow her example and live our best lives no matter the circumstances. We need to enjoy the hands we were given and not take anything for granted, because we are not promised tomorrow.”

High School Nurse, Teri Koester, was always impressed with Caitlyn’s desire to be involved, even though it would have been easy to not be.

“Caitlyn was a Kay member and she joined her sophomore year even though she was ill most of the time,” Koester said. “She was a very strong and good Kay member. She tried very hard, had a very sassy personality and was a lot of fun to be around.”

Kaylee Hommertzheim had been friends with Caitlyn since sixth grade, which was a time when they both needed each other.

“In the sixth grade, we hung out all of the time,” Hommertzheim said. “We were at each other’s house literally every weekend. There was a time when we were each other’s only friend, so we always had fun.”

Stephanie Arbogast, who teaches English at Rose Hill High School, said Caitlyn was a devoted student, who despite her illness was bound and determined to get her diploma.

“She was a remarkable young women in every sense of the word,” Arbogast said. “She was just remarkable, loyal, committed to her friends, and to her education. For a 17-year-old kid, she moved me, she really did, and she battled like a warrior.”